Easy Installer not booting on one iMX8 module

I have two identical iMX8QXP modules. I am using the same Easy Installer beta build (20201014). This is the output of the recovery-windows.bat on NOT working module:

On the WORKING module, the first uuu.exe is a success and the second one fails. On the NOT working module, both uuu.exe runs are success.

Why the script needs one successful uuu.exe run and one failed, to have a working easy installer? What can be the reason that the other module does not boot into easy installer? It used to, but not anymore.

And both modules are V1.0B early access prototypes/samples? Please note that those may require you to press the recovery mode button as long as 10 seconds while applying power to properly enter USB recovery mode. On a Linux Workstation one could use lsusb to check whether the USB recovery mode device got detected. Then, launching the recovery script first tries to recover legacy B0 SoC silicon for 3 seconds after which it continues doing the same for C0 and later SoC silicon.

Yes 1.0B both. When the working one is in recovery mode, all 5 LEDs next to USB ports on colibri evaluation board are lit (LED15, LED7, LED8, LED9, LED10). On the non-functional one, only LED15 ever gets lit. I also tried to keep reset much longer pressed but it didn’t make a difference (usually less than a second works). Cannot test on linux workstation right now, but if this helps anything. Maybe something broke to prevent recovery mode?

So the recovery script’s second part (for C0 silicon) SHOULD fail for 1.0B, like happens now with the functional board? But for some reason both parts are success for the non-functional board?

EDIT: I was confusing about the LEDs… They are all lit when the module boots into Easy Installer, not before that. On the “faulty” module, they don’t get lit in normal boot either. But normal boot works and I can connect to linux serial console. Maybe not relevant to recovery mode & easy installer, but just something I noticed.

Yes, sorry, I meant the recovery mode button. An I do do power cycles, just like you suggest.

Strange. One thing I would suggest is trying it on one of our carriers. If that also does not bear fruits just send it in for an RMA. 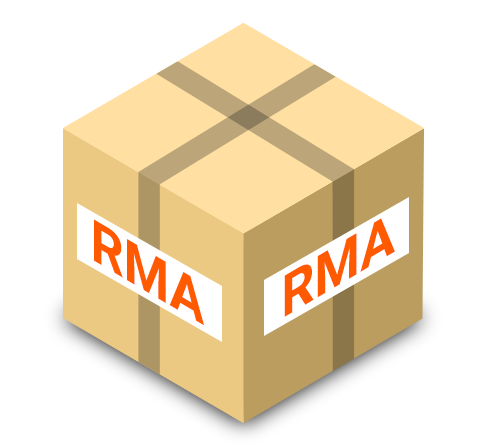 I remembered the problem started when I flashed 5.0.0-something that seemed to have other USB problems. I also remember seeing in your known issues list that there is some known USB problems. The working module has 5.1.0-something. I erased the flash completely in u-boot, and now I can flash it with Easy Installer! I imagined the version of the Linux installation would not matter in recovery mode.

I erased the flash memory of the module, and after that I am again able to flash Easy Installer in recovery mode.

I connected to easy installer GUI via VNC and it informed me that Config Block was erased, and allowed me to redo it. After that I am able to flash an image.

Perfect that you solved your issue. Thanks for the feedback.

Actually I noticed another issue so maybe I was too early to celebrate. Now I can boot Easy Installer, but Easy Installer doesn’t flash the module with Linux from SD card anymore. Same SD card works with the other module. After I erased the partitions from u-boot, do I have to do something else?

Do you have any error logs?

After I erased the partitions from u-boot, do I have to do something else?

Which partition exactly did you delete?

Thanks and best regards,
Jaski

No logs unfortunately. I’m trying with autoinstall without the GUI. I added reboot -f to wrapup script so it should reboot when ready. I can see the easy installer console prompt # and nothing happens even after long wait. The other module is finished after a minute or so, and reboots, with same SD card.

I did all the steps specified here: How to Erase the eMMC Flash Memory (Linux) | Toradex Developer Center

Does it work if you manually install the image using Toradex Easyinstaller from the SD Card?

Hi! I managed to get a VNC connection to easy installer, and it told me that Config Block was erased/corrupted, and allowed me to fix it. Now I am able to flash an image using easy installer.

Perfect. Thanks for letting us know.