Installation of Colibri iMX8DX on Iris Board. No DVI signal?

We just received an iMX8DX module to replace our T20 on an Iris carrier.

With T20 on this very same Iris carrier we have been using the DVI video output on the Iris board.

As we installed the iMX8DX we were hoping to see the EasyInstaller menu on the same DVI display,
but there seems to be no DVI display signal coming out of the DVI connector of the Iris.

Trying an older iMX7 on this same iris board, as well as the T20 again, the DVI display works well.

Please advice on the installation steps to be able to use our DVI display on the DVI Iris board with the Iris carrier board.

(By the way, when the iMX8DX moduel was unpacked we were initially surprised to notice that the FFC cable that came with Iris board, and which we have been using with the T20 module, did not match the FFC connectors on the iMX8DX module. Therefore the FFC is not installed (but it was installed when the T20 was used with this Iris board).)

Greetings and Thank you for contacting Toradex Community!

The BSP 3.0 used in the Colibri iMX8X modules doesn’t have the native display support for Toradex Easy Installer. But if you want the DVI to be working in order to install an image into the module, you could do one of the following:

Regarding the FFC cable not matching with the previous FFC cable, we have the following adapters as a solution for this:

HDMI Adapter - Colibri Tegra 2, 3 & IMX6 Module. Unlike the previous versions, you can dirrectly connect the HDMI connector to the Adapter HDMI output. 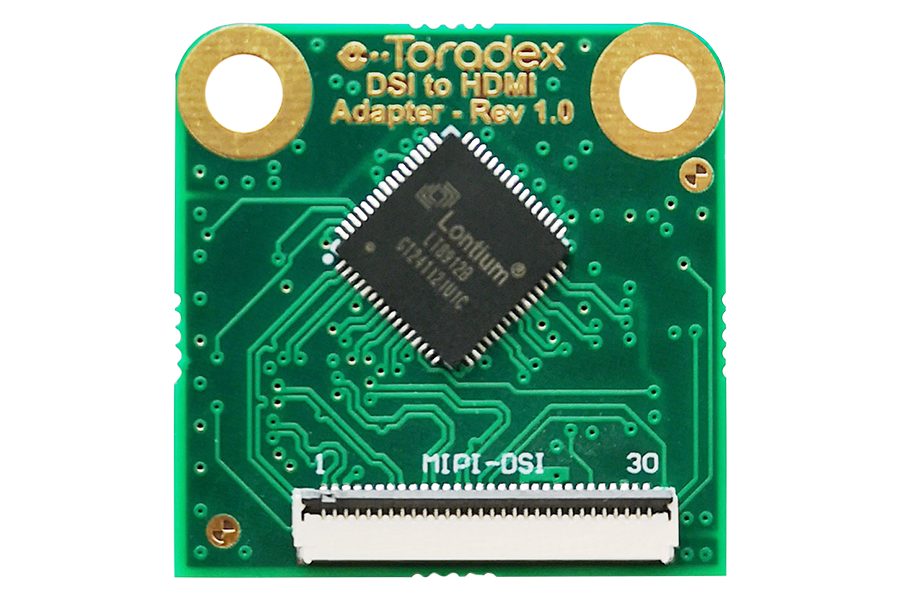 The DSI to HDMI Adapter converts the MIPI DSI signal available on the DSI/LVDS connector (X2) of the Colibri i.MX8X to a HDMI 1.4 signal.

Which s the recommended procedure to access EasyInstall on IMX8DX on an Iris board and choose one of the tested OS on the EasyInstall menu?

Alternatively, could you provide a link to the OS images that have been fully tested with iMX8DX in case we opt for the second option in your email (copy the image to a USB stick, edit image.txt and reboot)?

I would like to suggest for you to use the “Serial console + VNC” combo, which has worked well for most of us.

And when you like to already download a image, please find teh .tar file in the following link: https://docs.toradex.com/106477-colibri-imx8x_toradexeasyinstaller_beta.zip

Thank you and have a good day ahead!
Best Regards,

After ticking the third feed address to see linux OS options we are offered a long list of linux images.

Many are labeled as “demo”.

Which linux image from the list on EasyInstaller is recommended for product development and for production/release?

We are in the last stages of product development, porting from T20 to iMX8, but very close to market.

Thank you for your message. The reason most of our images are labelled “Demo” images is because we recommend our customers to use our images as reference only for initial prototyping and we recommend them to use their own ‘Application bundled image’ for the Production environment. However, we also don’t forbid our customers from using our Demo image for production and we know some customers still buld their applications on top of our Demo Images.

From the list of images in the ‘Toradex Easy Installer’ feed, if I may suggest you to install one, I would like to recopmmend you our “Torizoncore Image with Docker runtime”, as it is our ready-to-use Industrial Linux Platform. You can then later deplaoy your applications on containers.

Please also kindly find below all teh Toradex Modules that comes with iMX8. 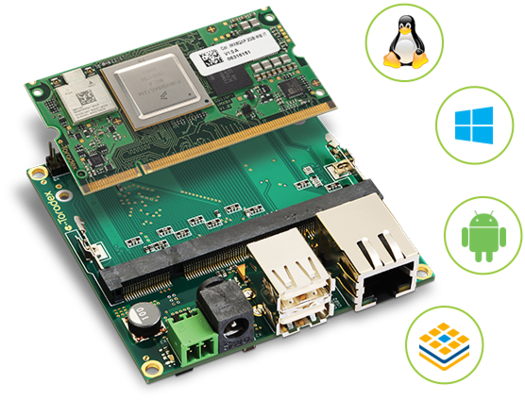 As suggested we used VNC over USB to view the EasyInstaller GUI and succeeded in flashing a linux image.

My understanding was that iMX8 would not expose a DVI signal on the DVI connector of the Iris board to see the EasyInstaller UI before the OS was flashed. However, we assumed that the DVI display signal would indeed be available once a linux version was installed, so that a DVI display could be used with the Iris board + iMX8.

Still, after installing a linux image with EasyInstaller and using vnc over usb, no DVI signal is available on the DVI connector.

Is HDMI the only display signal provided by iMX8 then? If so, does that mean that the DVI connector on the Iris carrier board cannot be used under any circumstances with the iMX8 module?

Happy New Year to you!

Colibri IMX8 does not natively support the HDMI display, according to the Datasheet. But you already have the DSI to HDMI adapter, that you can connect between the Colibri Module and the Iris Carrier Board and now you should be able to use the DVI connector and get the display out.

The Iris Carrier Board also features an LVDS adapter that can be used with the Colibri iMX8X, but again this is not natively supported and hence an adapter has to be used.

Could you also kindly let me know what image you have currently used? Because teh Demo concole images does not have any display support but only the LXDE support teh Desktop Environment.

We just called Toradex sales about the DSI to HDMI adapter for iMX8 (just to confirm it was in stock and that it included the cables).

The DSI to HDMI Adapter converts the MIPI DSI signal available on the DSI/LVDS connector (X2) of the Colibri i.MX8X to a HDMI 1.4 signal.

The sales person we talked to kindly mentioned that this product is at end-of-life stage.

However, we are migrating our T20 code to iMX8 and need to launch this new product in Q1 2020.
HDMI or DVI display was used with T20 and is also needed with the iMX8 version.

Does this mean that there is no way to get a DVI/HDMI signal out of iMX8+Iris carrier board using standard hardware from Toradex with a long product life after 2020?

BTW, we installed linux console but will flash LXDE as per your advice.

But I guess the key challenge now is how to get a DVI/HDMI signal from the module.

The product you are looking for is the DSI to HDMI V1.1A (01521100) which was released last year and is not End-of-Life stage. What was end-of-life is the previous version V1.0A. So, you can already place an order for the adapter in the linked link above.