How to create/boot custom (based on Toradex BSP & workspace version 2.4b2 ) CE6 image

In Solution Explorer the NVAP platform in “PLATFORM” did not appear, but NVAP: in “Parameter Files” section does.

File nk.nb0
successfully flashed by tegra nvflash utility. But fail to be loaded.

How create the NVAP platform? I don’t found any NVAP platform preference in project , does it mean that WINCE6.0 image created without Toradex BSP? 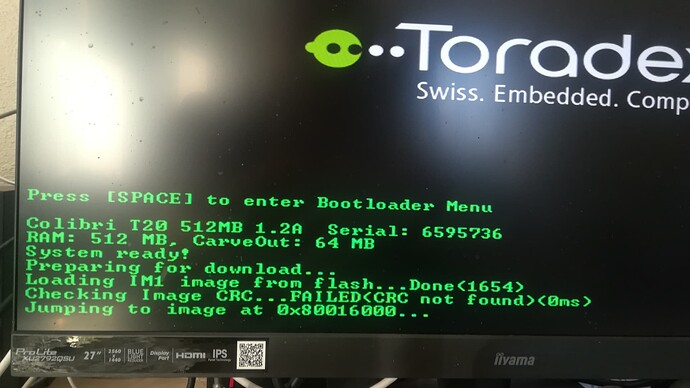 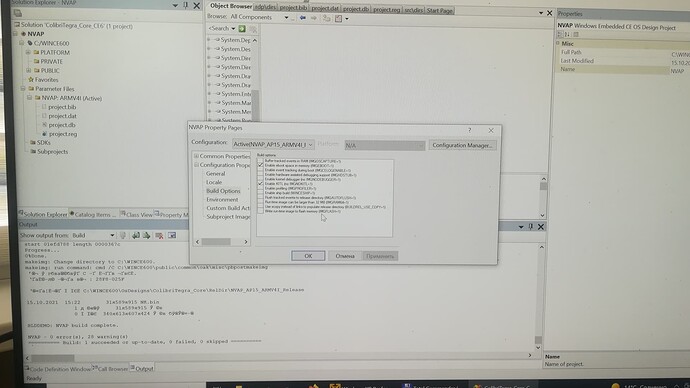 Our BSP is a Binary only BSP that’s why you don’t see anything there, that’s normal.
I think you did everything right and the reason the image does not boot is because it waits fo KITL connection to the Platform Builder.
You can try to enable debug messages in the serial debug output so you can see what the kernel does:

Debug messages can be very helpful for developing or debugging applications. The debug messages provided by Windows CE are normally not visible. There are two ways to get to these messages:

I came across your post because I had the exact same setup as you described in the question and encountered the same error message during boot (CRC not found). I don’t think it is due to KITL because it is the release build output (nk.nb0) being flashed into the T20 device through the update tool. Can you share some insight on how you tackle this issue?

Are you building your own image? If so based on which BSP/Workspace?
Is the image booting anyway? Or it does not boot completely?
There is a Tool in our Workspace that adds a CRC to the image as one of the last steps… maybe this is not done in your built image?

Thanks for the response (sorry the notification was turned off for me). The image was booting but failed at the CRC checking step. Can you specify what the CRC tool is and I will check the build log to see if it is invoked correctly at the last step?

Hi @zlallen ,
The Tool is named AddCRC.exe and can be found in the ToradexFiles subfolder of the Workspace.
It’s called from PostMakeImg.bat (found in platform\nvap\files)