I have connected the toradex 7" capacitive touch display with the DSI cable and the capactive touch cable as per the instructions.

Should the capacitive touch display work on the Colibri imx7 with IRISv2 ?

Are you talking about this Toradex 7" capacitive display ? It doesn’t have a DSI interface. It has the same parallel RGB LCD interface though 40 pin FFC cable as you 7" display. Plus it has a small 10 pin FFC connector for touch controller.

If you setup works OK with 7" resistive touch and you connected 40pin FFC cable properly - you should see a picture on your new screen. But to you still have to update your Device Tree to make touch work.

Thank you for confirming that the display should work with the same setup as the resistive display.

There is no picture with the capacitive display (just white with dark stripes). Please see the attached image.

If this is not a driver/configuration error, could the display be damaged? 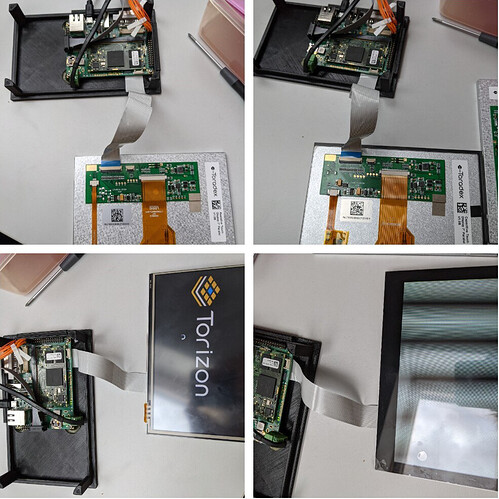 Sorry, but your picture is not available. Could you reload it? Does it show how FFC cable is connected?